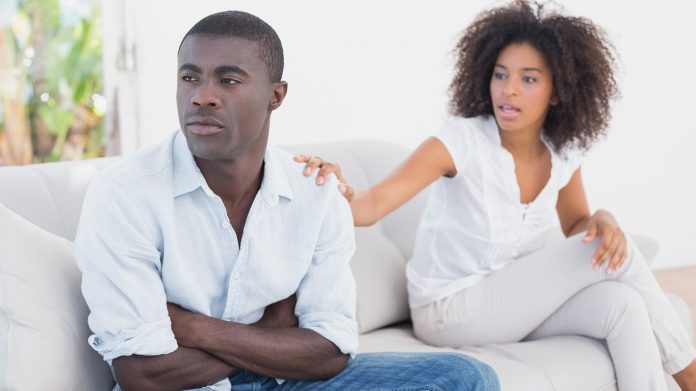 Even as a kid, marriage was something that I always desired. However, I never had positive marriages modeled for me. The marriages that I was privy to during my formative years were dysfunctional, toxic, and often on the brink of dissolution. The behavior that I witnessed in these marriages as a child became the behavior that I expected and acted out on in my dating experiences, and sadly during the first few years of my marriage. Whew Chile, I was a hot mess!

I knew that I wanted my marriage to last, but I honestly didn’t know how to demonstrate love in a healthy way nor did I have principles that I could implement to build a firm marital foundation. I knew I needed some tools; and quite honestly, some forms of premarital counseling tend to only scratch the surface. So I educated myself. I read every book I could get my hands on about marriage, I went to therapy, listened to sermons, and found couples (mainly in my church) that had successful marriages that I could draw from.

Today my husband and I have been happily married for over 14 years. I’d like to tell you it was easy but it wasn’t. We had to put in the work to destroy the toxic patterns that we had on both sides of our families and that’s what I want to share with you. Whether you are married, divorced, engaged, single or in an entanglement here are some things that I know for sure will help build a healthy marriage.

1. Men equate love with respect. When a woman disrespects a man by calling him names, cursing him out, or humiliating him in any fashion, he feels unloved. When a man begins to feel unloved he will no longer trust you with his intimacy, which is very sacred to men. It is difficult to rebuild and regain their trust once it’s gone.

2.Many of us were groomed for rejection. When a person is born into situations where fathers or mothers are not present  (physically and/or emotionally) they are being conditioned to embrace rejection. We internalize the lack of presence by our absent parent and it lowers our self-esteem. The absent parent also establishes the template in terms of the type of partners that we attract. Realize that we deserve a partner that treats us the same way God treats us- -God is faithful to us, He chooses us, He is emotionally available to us, He cares about our feelings, and He never makes us an option.

3. Your addiction to chasing the “new” is futile. The beginning of a new relationship is an exciting time. This is the time when you experience the butterfly feeling in your stomach when you see him. You are trying to impress them and the feeling is euphoric as you anticipate what the future holds for the two of you. As time progresses and the facade fades so does the “new” feeling. What doesn’t fade is our desire for the new relationship feeling, and that’s what many of us chase as we move from relationship to relationship. I’ve heard many people say that a person makes them feel new or they don’t feel the same about their partner as they did at the beginning of the relationship. That feeling they are referencing is caused by a chemical inside of our brain when we meet a new potential partner just as a chemical causes us to feel a certain way when we do drugs or other addictive behaviors. Then, as we go from relationship to relationship chasing this feeling we pile on more emotional wounds that we bring into new relationships.

4. Every battle isn’t meant to be fought. When my husband and I first married I complained about everything he did; when he came home from work and didn’t want to communicate with me right away, I complained. When he didn’t wash the dishes in the way I was used to, I complained. When he didn’t eat the meal I prepared at the time I prepared it, I complained. Eventually, I realized that I was making him miserable…that’s right miserable. My constant complaining and nitpicking was impacting him. I came to realize that those things that I complained about were minor and I had to learn to let them go. I also learned healthier ways to vent my frustrations than the way in which I was doing. More importantly, I didn’t want my husband to feel as though he was happiest before we married. So, I realized the value of picking my battles.

I will be sharing more in next week’s issue but for now, chew on these items.

6 Signs You’re in a Toxic Relationship from Seme Eroh

Mira Cassidy - August 30, 2020 0
It is a Brand…New…Day! Starting today you can make changes in your life that will allow you to find financial independence and retire early....

Charissa Lauren - December 21, 2019 0
Can you imagine an unplanned pregnancy at 19? More so, can you imagine losing the father of your child tragically soon after? After finding...

Gloria Ward - April 23, 2019 0
Behind every person you see is a story. This is something to live by and definitely serves to be true with Miss Caroline Topperman....

Charissa Lauren - October 25, 2020 0
For the past two years, you and your girlfriends have had brunch every third Sunday. The four of you have been friends since...