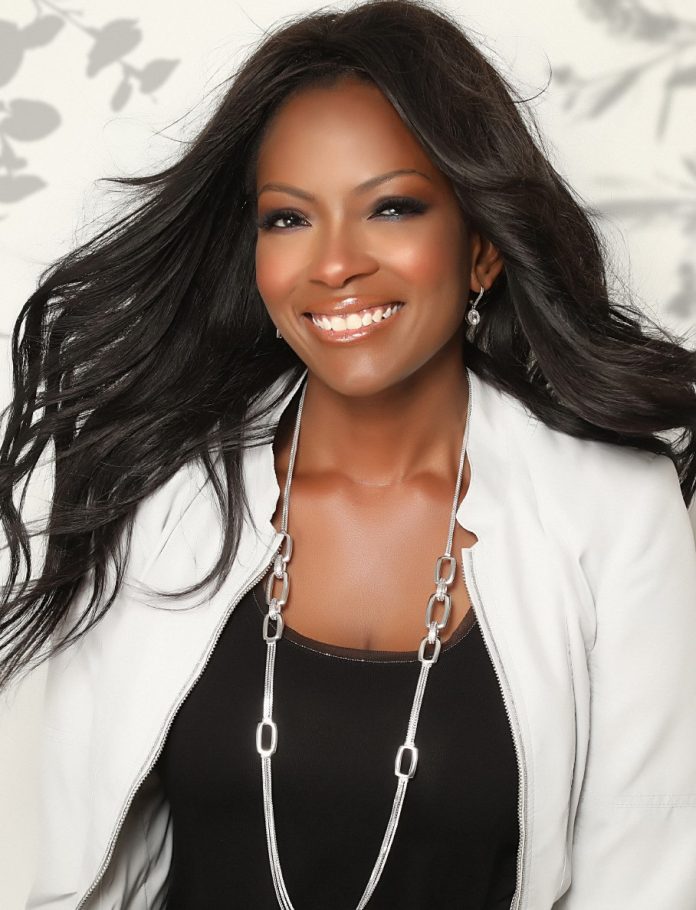 As the youngest of three daughters, DeAndra Harmony’s family still refers to her as “the baby”, even though she has two children of her own (ages 14 and 11). DeAndra looked forward to celebrating her 40th birthday in 2019, and to finally being “all grown up”. She also looked forward to closing another painful chapter of her life, which began with filing for divorce from her abusive husband on December 31, 2018. She was determined not to go into the new year without preparing the way for her release from the emotional prison she had survived for four years. She longed to make up for lost time by “checking off all the boxes” prior to turning 40, as she’d not yet learned that her worth was not determined by her accomplishments. However, she had no idea the roller coaster she’d experience over the next 12 months.

In February 2019, DeAndra was recruited into a leadership role with an industry-leading healthcare organization. Two months later she moved out of the home she had shared with her then husband. She bought a home on her own, renovated it, and enrolled her children in new schools. In June she celebrated her 40th birthday on vacation with friends, but upon her return she felt different. She felt like something was wrong.

“I remember showering one day and feeling uncomfortable,” she recalls. I stretched my arms up and felt around my breasts. That’s when I found the lump. It felt large and as hard as steel. I knew something was wrong, but I didn’t want to face it.”

Meanwhile, in a last-ditch effort to save their marriage, her husband entered a substance abuse recovery program. After realizing it was an ill-fated, temporary fix, she finalized the divorce on August 9, 2019.

Thirteen days later she was diagnosed with Stage 2 Breast Cancer.

“I don’t want to DIE before I have a chance to LIVE! And what about my kiddos? I can’t leave them yet!” She was terrified and felt pressured to make decisions about her cancer treatment while still coming to terms with her diagnosis. Her doctor told her the tumor in her breast was growing so fast that it had likely cropped up in the past six weeks. After numerous procedures (mammograms, biopsies, PET scans, CT scans, etc), she was told she would need a bilateral mastectomy followed by chemotherapy. Gripped with fear and denial, she struggled to accept this could be the end of her life. She couldn’t get past the irony of the timing… “Welcome to your forties, Dee,” she thought, “isn’t this fantastic?!”

In the months leading to her mastectomy, she delved into cancer research, determined to understand the link between mind, body and spirit. As she continued along the path of enlightenment, she began questioning everything she had been taught. Religious dogma and family pressure had kept her in her first marriage for 14 years. However, she went from the frying pan into the fire with her second husband. Love addiction had kept her trauma-bonded to him for four years. After hundreds of hours of research, meditation, mindfulness practices, and yoga, DeAndra came to believe her cancer was a wakeup call. She believes it was the result of deep feelings of resentment she had been carrying for the abuse, pain & disappointment of her entire life. The more she read, the more she learned the only way out of the darkness surrounding her was through self-love and forgiveness. She also came to realize that the person she needed to offer forgiveness most importantly was herself.

As DeAndra recovered from her mastectomy, along with other complications that led to a second surgery, she focused her time and attention on getting to know her True Self. She elected not to proceed with chemotherapy, which is a deeply personal decision. Instead, she changed her eating habits and chose to pursue a holistic healing path that incorporated each aspect of her life. “I realized that I was the one who needed all of the love I was giving away. I had to learn how to love myself. I needed to give myself grace, which was a totally new concept for me! I have been hard on myself my whole life, driven and determined to become independently successful. But in the end, all that mattered were my relationships, not my accomplishments. So I chose to let go of the woman I thought I was, so I could become the woman I really wanted to be.”

She found herself exploring her creativity and appreciating the beauty of nature – something she rarely made time for in the past. She also realized that she needed to do more work on herself. Although several years of therapy helped her come to terms with her childhood, she needed to know how to move forward with her future. “I was tired of my story,” she says. “I was tired of making great decisions at work and terrible decisions with choosing men.” She needed to discover her purpose. “I have always loved helping people, and I have been into self-development books for years. I had an intellectual understanding of goal setting which led me to a lot of success in my career. But I was disconnected from my feelings. I was taught to bury my feelings and keep moving forward.”

She entered a life coaching program that she had considered joining for several years. She felt the time had finally come for her to invest in herself – it seemed to be now or never. She remembers struggling with the decision, thinking “This is a LOT of money to invest in myself… I don’t know what will come of it, but I’m lost. I need to figure out who I really am and what I want to do with the rest of my life.” She immediately began changing from the inside out. “It was like waking up from a long, dark nightmare,” she says.

Over the next six months of this intensive program, she realized she was a natural fit for coaching since she had been doing it for a decade already. In her career as a Physician Recruiter she coached hundreds of physicians and their families to explore opportunities that changed the courses of their lives. In the months leading up to her final reconstructive surgery, she was blind-sided by the pandemic along with everyone else.  Over the following months, her dreams of returning to physician recruitment seemed further and further away. Plus, now as a single mom with nearly no outside help from their father, she knew it was up to her to reinvent herself and create a new life – one that reflected the new woman she was becoming.

Fortunately, her many years of experience coaching physicians along with the stellar training she had received prepared her to launch her own coaching business. “I decided to dedicate the rest of my professional life to helping as many women as I can to step into their own greatness. I want them to experience the sheer joy of coming out of the FOG (Fear, Obligation and Guilt) which is a natural result of codependency, trauma bonds, and growing up in dysfunctional families.” Additionally, she co-founded The DOA Project™, which is an online community devoted to educating and supporting daughters of alcoholics. Together with her best friend, the two realized that although they share some characteristics with male counterparts and all ACoAs (Adult Children of Alcoholics), they believe their unique experience as women warrants their own resource for exploration, acknowledgement and validation. She and Andrea will soon release their eBook, “Addicted to Love: Your Hands-On Guide to Breaking Free from Toxic Relationships & Trauma Bonds”.

Today, DeAndra spends her days reading, coaching, and homeschooling her children as she continues to recover from cancer and await her final surgery. She refers to herself as a ‘Personal Development Strategist’ because she is keenly aware that every next level of our lives demands higher versions of ourselves. She partners with professional women who are ready and willing to do the work to move past the pain of their past, unlearn codependent behaviors, and take radical responsibility for their lives.

She is now living her dream, which means she consciously chooses to align with her core values in all aspects of her life: mind, body, spirit, relationships, career & finances. Her newfound clarity & power inspired her to create Mindset Mastery Coaching™, a 90-day one-on-one program designed specifically for women who are transitioning through traumatic, life-changing experiences.

“I lost both of my breasts, but I gained my life. Cancer taught me how to accept the possibility of dying, and it was through that acceptance that I learned how to live. I learned that I don’t want to go through this life independently. I wanted to surround myself with strong, loving, supportive people who’ve committed to their own spiritual growth and personal development. Cancer turned out to be the greatest gift I have ever received. It showed me how to unconditionally love and forgive myself and others. Forgiveness is something we do for ourselves. It doesn’t mean the pain never happened; it means it no longer has to control our lives. There are SO many women who don’t know who they really are – they have no idea of the hidden power they already possess. My purpose in life is to help them discover their own divinity so they can boldly take control of their lives! The quality of your life is in direct proportion with the unconditional love you give to yourself.”

Dear Mom, From Heroine to Heroin?

Giya Rush: A Journey of Music

Gloria Ward - November 18, 2019 0
Giya Rush was born in Saudi Arabia, and raised in Jordan.  As one of the few female composers of Arab heritage, Giya takes pride...

5 Tips to Normalize the Conversation Around Mental Health

Contributor - May 27, 2021 0
We have an amazing interview scheduled for you tonight at 7PM Est! "We have quite a number of years full of "shit you wouldn't...

Gloria Ward - May 1, 2020 0
The reason why I’m writing you is because Mother’s Day is yet again around the corner and usually I would go into isolation. I stop celebrating when momma passed.