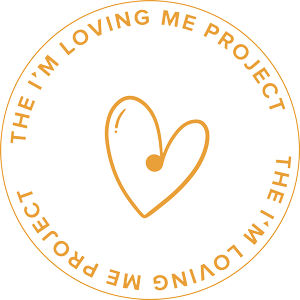 One Day at a Time

“Success is a journey, not a destination. The doing is often more important than the outcome.” – Arthur Ashe

My name is Anya, and I’m a recovering addict.

Let me begin by saying that I don’t particularly appreciate talking about the person I was during active addiction. Still, I’ll always come through and speak up when the opportunity arises.

Alcohol was an integral part of my life growing up.

My dad was an abusive drunk, but he never placed a hand on me. My mom was his punching bag. She ended up escaping him with nothing more than just me and her maiden name. It was just the two of us for a while until she met a man. He treated her like gold, and he never raised his voice or fist at her. My mom was his queen, and I was his little princess.

But then things started to change, let’s just say, he began to pay me too much attention. I’m pretty sure this is when my first addiction, food, manifested. I thought it would be my ticket to getting away from my mother’s boyfriend. So I ate, I gorged, and I binged. But my weight gain did nothing to keep that man away from me. I was ANGRY. I started acting out, and with drinking already being such a norm in my everyday life, it was nothing for me to also experiment with recreational drugs. Promiscuity had also entered the equation.

By the time I became a mother of four, I had dealt with medical complications from diabetes. When my doctor referred me for weight loss surgery, I said, “sign me up.” This meant I had to attend orientation classes. During one of these classes, the instructor warned us about drinking after surgery because tolerance levels are dramatically reduced. If she was trying to scare me, she did the exact opposite, because my first thought was just how much money I’d be saving if I only had to buy alcohol to get high. After surgery, I couldn’t eat anymore, so I drank; alcoholism went into overdrive. I put myself in plenty of unsafe situations to keep the liquor flowing.

The first time someone had their way with my body while I was unconscious, I blamed myself. I never spoke about it to anyone… this is actually the first time I’m even saying this out loud to myself. I was raped.

The second time… it wasn’t some random faceless stranger; it was someone I should’ve been able to trust. After a lot of internal contemplation, I went to the police station to report it. They didn’t believe me; as a matter of fact, they accused me of having “after sex regrets” because I had one too many. How could I regret what I couldn’t remember? That “interview” concluded with them telling me they couldn’t do anything. I drank a full bottle of tequila right there in the parking lot. I’m pretty sure that’s when I chose to keep drinking until I couldn’t feel or think anymore.

I tried to stop drinking on my own so many times. My health worsened, my liver started failing, but I couldn’t stop. I even went and got an addictions counselor to help me quit. As soon as our session was over, I went right next door and started drinking anything with an overproof 40% or higher. I started showing up to every session already under the influence.

Things are pretty hazy for me around this time. I know I received a callback saying they found a bed for me at the local detox center. My last blackout ended on May 22, 2018.

I admitted myself into a voluntary program. I spent what felt like an eternity in a windowless room (‘the Bubble Room’) detoxing. This was worse than the last time. Through all the seizures and hallucinations, I got down on my knees for the first time in decades and begged my higher power to help me. Staff from the facility came to me after the third day; if I agreed to sign some document, I would be allowed out of “solitary”. Later that evening, after completing my kitchen duties, I was ordered to go to an AA meeting. Failing to attend the meeting would put me in breach of the agreement I signed earlier that day.

Going back to the “Bubble Room” was not an option, so grudgingly I went to the meeting. I don’t know when I started paying attention to what the speaker was saying, but I became entranced when I did. This man told his story about when he used to drink, and it felt like he was telling mine. I was shaking, tears started streaming down my face, and I felt like shouting out loud but didn’t know what to say. I wouldn’t know until much later that I was having what some would call a spiritual experience. The miracle that was happening was me coming to terms that my life had become intractable and finally accepting that I was powerless to alcohol.

I went into that place, thinking I only needed a break from drinking. Now, I was devastatingly coming to the conclusion that I was an alcoholic, which meant that I could never drink again. I started hitting a meeting every day, sometimes even 2-3 on the same day. I had met my tribe, like-minded people who understood why I couldn’t stop drinking independently. The fellowship of AA welcomed me with open arms, scratch that, it saved me because now I knew I would never be alone again.

As secure as I felt in being a member, I felt just as insecure in myself. I started seeking in-patient treatment. One facility stood out to me because it was walking distance from the university that I aspired to attend since I was a child. I took it as a sign and started calling, emailing and faxing – yes, faxing them every day. Within a couple of weeks, I got the call; a room was available for me. I entered a 28-day rehabilitation program at a place called Homewood Health Centre.

Instead of kicking me out for verbally abusing a staff member, they let me stay longer to address my anger issues. Pretty tough conversations had to be had to find out why I struggled with addiction; events from my past came up, and forgotten memories started to resurface. Upon completion of my now 35-day program, they sent me home.

One of the “reasons,” which I now know was an excuse for not getting sober, was no one would like me. When this journey started, I first had to change that mindset, and I did. For the most part, my motto became –  love me or leave me alone. Surprisingly, the amount of love and support that I’ve received since May 22, 2018, from all over is insurmountable.

I will never graduate from being an alcoholic, and I still have tons of work left to do.

I got sober because I was out of options.

I wanted to die.

Now… I want to live. Recovery Is Freedom. Trust The Process.

I’m a writer running a blog about my life as a single parent, black woman, recovering addict, MH warrior, cannabis advocate; while I finish my book, get published, market my natural products, find time to walk my three dogs and knit.

Oh, and I use the “F” word like punctuation.

Thank you both for being so patient with me while I tried to get these words out.

It’s important to get my truth out there for the still suffering who thinks she’s alone.
I’m eternally grateful.