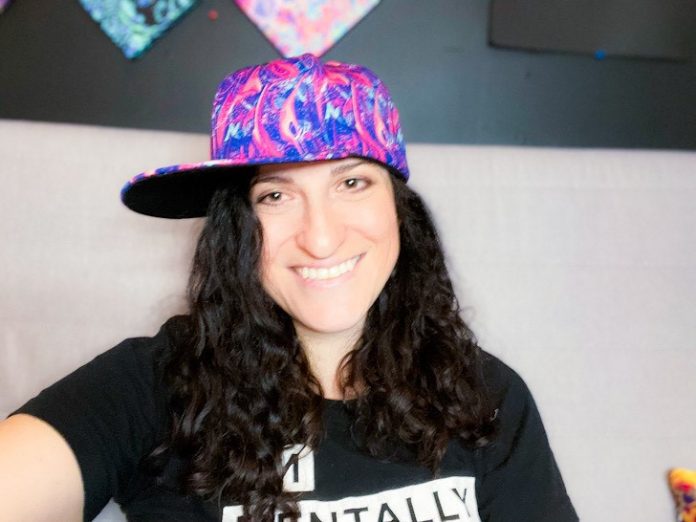 Michelle Hammer is a Schizophrenia Activist and created and founded the company Schizophrenic.NYC. She is an NYC native and was featured in the WebMD documentary Voices, which was nominated for a Tribeca X Award at the Tribeca Film Festival 2018. Michelle has also been featured in Mashable, The Daily Mail, Stylist, and Buzzfeed to name a few. Michelle was diagnosed with Schizophrenia at 22, after a misdiagnosis of Bipolar at age 18.  At 27, Michelle decided to use her artistic talents, and fearless personality to do something that could benefit the mental health community.  In May 2015, she founded the company Schizophrenic.NYC, which is a clothing line with the mission of reducing stigma by starting conversations about mental health.

We are pleased to have the opportunity to have a conversation with Michelle on Thursday May 20th at 7PM Eastern talking about her work, activism, and diagnosis in effort to raise mental health awareness. Prior to her interview, she gave us 5 Commons Misconceptions About Schizophrenia to educate us:

1.) People with schizophrenia are more likely to be the victim of violence rather than the perpetrator.

2.) Schizophrenia doesn’t have a “look.”

3.) Schizophrenia is not multiple personality disorder.

4.) Schizophrenia is not worse than other mental illnesses

5.) Being diagnosed with schizophrenia does not mean your life is over.

Remain Hopeful Despite It All

Gloria Ward - June 9, 2020 0
Handmade with LOVE in Washington, DC by DC native Kalyn Young, Naturally Phased LLC was born. Growing up with sensitive skin and being allergic to nickel and...

Connie Chi: From a deadly relationship to a PR Empire

Gloria Ward - March 24, 2020 0
Our new SELF-ish Series will speak with women who have overcome difficult circumstances and came out on top. We want to emphasize that self-care...

I Am Not a Label

Charissa Lauren - December 13, 2020 0
All our lives, we identify ourselves with labels. Our gender, our nationality, our profession, our function in our family. But sometimes life puts more...