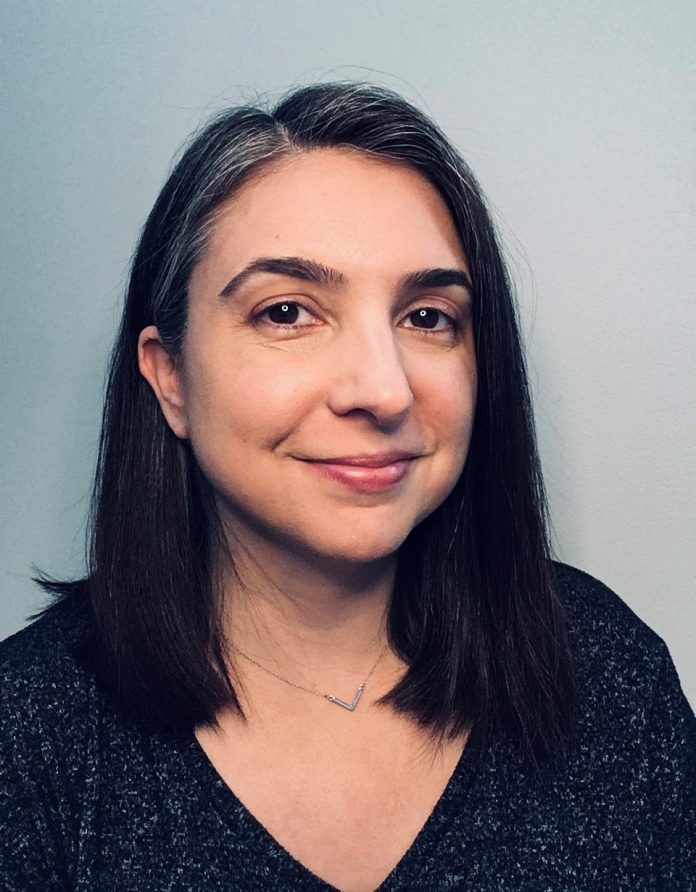 Written and contributed by Jess Kanotz

At random moments, especially now at Christmastime, I wish that my daughter Pearson had a sibling instead of being an only child. However, I don’t wish that my husband Bryan and I were parenting a second child. These are two very different things. My life is full with one child in it, and living with bipolar is complex enough on its own. That said, in these moments I do yearn for Pearson to have a sibling to constantly pal around, to play with and learn from.

Bryan and I definitely yearned and longed for Pearson. We agreed that we should wait until Bryan had his degree before we started a family. He graduated from college in 2014 at the age of 38. That meant we started trying to conceive when I was 33 years old. Bryan had less than a year of school left. At the time, we lived in the DC area in Silver Spring, MD.

Starting the process at 33 made me uneasy. Somewhere in the back of my mind I had a feeling I might have fertility issues, even though there was no reason for suspicion. I couldn’t shake this nagging worry that if I had fertility issues, we would be in trouble timeline-wise if we wanted more than one child.

Approximately 1 in 8 couples in the United States are affected by infertility, meaning 6.7 million people each year have trouble conceiving.

I stopped taking birth control, and we used an app to track my fertile window. After the requisite year, no preggo. My OB/GYN performed some tests and gave us a clean bill of reproductive health.

My OB/GYN put me on Clomid. Clomid increases a woman’s chances of getting pregnant while doling out enjoyable side effects like mood swings, hot flashes, bloating, and nausea. The chance of mood swings meant my bipolar had to be monitored more closely. Six months of Clomid later, no preggo.

We confided in a small group of family and friends about our struggles. All we did was report bad news, but we needed an outlet.

By now it had been a year and a half, and my OB/GYN threw in the towel. She referred me to a fertility specialist, Dr. Doyle at Shady Grove Fertility. He did extensive testing on both Bryan and me, and lo and behold, Dr. Doyle diagnosed me with stage 3/4 endometriosis. My intuition had been correct all along.

Dr. Doyle recommended that we (meaning I) undergo IUI with Clomid and injectables. Insurance did not cover it. Each round lasted a month and included several appointments at Shady Grove. I became a pro at giving myself injections. I took my Clomid and relished in the side effects because they meant I might get pregnant. I prayed for IUI to work even though I’m not a believer.

The first round of IUI failed, but the second round was a success! We couldn’t believe it! Getting the call from Dr. Doyle telling us I was pregnant was one of the best moments of our lives. I was 36 years old when Pearson was born. We could not have been more thrilled to be parents.

We moved to Pittsburgh when Pearson was a little over a year old. Soon after, we decided to go through fertility treatment again because we felt our daughter deserved a sibling. I was 38 years old. We soon discovered that when it came to my fertility, 36 and 38 years old are decades apart. Those 2 years when we failed to conceive are about to either screw us over or save us from ourselves.

The only option for a fertility clinic in Pittsburgh was the Center for Fertility and Reproductive Endocrinology at UPMC Magee-Womens Hospital, and we chose Dr. Menke as our fertility specialist. Dr. Menke decided to replicate my past fertility treatment exactly since we got a baby out of it.

I did four rounds of IUI with Clomid and injections, double what I went through to get pregnant with Pearson. No preggo.

After the fourth round of IUI, Dr. Menke called us in and said if we were serious about having another baby, we must do IVF. She said that due to my age and the endometriosis, IVF had about a 20% success rate, and we would likely need to do at least two rounds because the first round would be more for egg retrieval. It was a crushing blow to hear that IVF had roughly the same success rate as IUI, which had just failed. Two rounds of IVF would be ~$20K on the low end. Even if money was no issue, IVF is much more invasive and mentally draining than IUI, with daily shots and almost daily treks to the city for monitoring.

It was a really tough decision, but in the end, we decided against IVF. Our hearts simply weren’t in having a second child and never were. The quest for a sibling stopped there. Also, we didn’t think I could handle IVF mentally, since IUI was difficult enough. Plus, it sounded like even if I was able to power through IVF, there was a very good chance we wouldn’t end up with a baby. Despite making the best decision we could, sometimes I still feel like we let Pearson down.

My stress level naturally skyrocketed during fertility treatment, and my bipolar was majorly tested. All my psychiatrist and I talked about was the stress and anxiety caused by the treatment. Somehow I stayed mostly stable, with no dramatic bipolar symptoms. I had my usual bipolar episodes of mild mania and depression, but my psychiatrist and self-care kept me from having any drastic episodes. I’m shocked I never ended up on a psych ward.

Undergoing fertility treatment can aggravate an existing mental or physical problem. My infertility made me feel helpless, weak, and ashamed. My bipolar used to make me feel the exact same way. Eventually, I was able to genuinely own the fact that infertility, like bipolar, was merely the shitty hand I was dealt. I needed to celebrate that my life is pretty damn great despite that shitty hand.

When going through infertility, it felt like everyone around us and especially on social media was getting pregnant. It felt like every picture posted on Facebook was of someone’s child. Every random woman I saw on the street while I walked to work was pregnant. Clearblue Easy and First Response commercials abounded. It seemed impossible to get a break from my infertility or to pretend it wasn’t happening for a little while. It’s silly to take every other woman’s pregnancy personally, but it started to feel like a personal affront. The thing is, I eventually did get pregnant and have a child. I’m very aware that many who undergo fertility treatment do not.

When I’m beating myself up over not having a second child, as I sometimes like to do, I try to think of my own siblings. I have two brothers. One brother who I am close with, and one who I cut out of my life years ago at my psychiatrist’s urging. There are no guarantees that siblings will be friends or even part of each other’s lives as adults, and I know that better than anyone.

A Man Is Not A Plan

Mira Cassidy - March 2, 2020 0
Repairing The Broken Heart Life After Trauma By Mira Cassidy Hey Girl! I understand that you want a man, however, a man is not a necessity. Our needs...

Gloria Ward - November 22, 2020 2
Being a mom has been both beautiful and challenging. It has reshaped how I see myself and, more importantly, how I view the world...