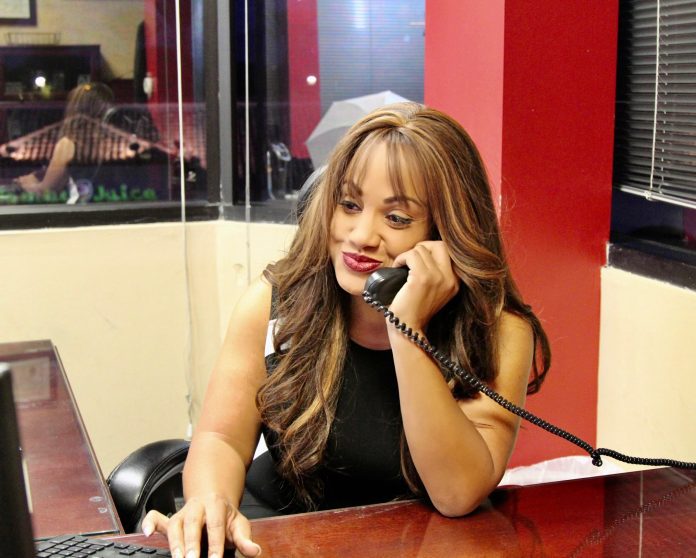 LyNea Bell officially announced the launch of “GOTCONN”  (GOD OVER THIS – CONNECTION) a new search engine. She is the FIRST female, African American to independently create/launch her own search engine.  Bell, like so many others had become annoyed and even feeling violated after surfing/researching  the internet and all of the sudden you are being tailgated by unwanted advertisers and strange pop-ups following your every move, everywhere in her life! Bell realized that nothing about us was private anymore and it was time to do something about it.

Bell’s goal is to make people aware of what they open themselves unto when searching the internet and how your private information is being sold everyday!

The GOTCONN Search Engine is the solution to taking back your PRIVACY! In addition to creating GOTCONN, Bell is also the president and CEO of BH Talent in Encino California.

Born and raised in Seattle Washington, LyNea Bell attended Griffin Business College where she studied Computer Programming. She continued her studies at University of Phoenix-SC with an emphasis on Business/Corporate Communications. After receiving her degree, she began her professional career working for fortune 500 companies while doubling behind the scenes learning the ins and outs of the entertainment business.  It wasn’t long before the savvy corporate exec switched lanes landing a position at Media Artist Group, where she worked as a Talent Agent & product endorsement specialist  partnering with  Sheila Legette VP of Talent.  Three years later, she moved to 90210 talent as Head of the Comedy Department, Theatrical & Literary Agent before deciding to open her own full-service talent agency.  Bell is a member of the Television Academy, SAG, Women in film, the JTC List and Women of Color Unite. In February of 2021, LyNea Bell makes history as the first African American Woman to launch a private search engine, GOTCONN.

Join us LIVE on Facebook this week as we talk with LyNea Bell:

The Lesson We Can Learn From DMX

The Year of Trying New Things

Sharita M. Humphrey: From the Floor to Forbes

Imloving - July 24, 2019 0
Sharita Humphrey spent many nights sleeping on an air mattress on a floor in an empty apartment with her two children. Overcoming so many...

3 things that helped me get sober

Charissa Lauren - December 27, 2020 0
Addiction doesn't have a cure, and recovery takes daily work. But there are good habits that helped many addicts on their way to sobriety....

Ways to Grow Your Business During the Pandemic

Charissa Lauren - March 15, 2020 0
During the pandemic, many businesses are struggling and full of panic. We want to offer tips and tools to offer unique ways to help...