For the past two years, you and your girlfriends have had brunch every third Sunday. The four of you have been friends since college, and even with your busy schedules, the #fab4 make time to see each other every month. On that Sunday, everyone looks fabulous, mimosas are flowing, and laughter takes over the restaurant’s music. However, unbeknownst to you, one of your girlfriends is a victim of domestic violence, or she has already experienced it.

In the United States, 1 in every 4 women who are 18 or older will experience physical violence, rape, and/or stalking in their lifetime by an intimate partner. Domestic violence is physical and psychological. In some cases, it has led to the death of the victim. What makes this type of situation tragic is that the abuser is someone we choose to love unconditionally. After all, no one enters a relationship expecting it to fail, let alone to become violent.

The sad reality is, most women tend to hide the abuse, which; can be emotional and sometimes leave physical bruises. They then resort to lying. Not only do they lie to those who worry about their safety, mental, and physical health, but they also lie to themselves. The combination of fearing lack of security, such as shelter, food, and money, and the pressure from family and society to “make it work” are influences that keep women in toxic relationships. Paul Ekman is an American psychologist and pioneer in studying emotions and their relation to facial expressions. He states that individuals lie for several reasons to protect themselves from being harmed or protect others from being hurt.

Monica Makaure knows a thing or three about lying. She was in a domestic abuse relationship for over twelve years. She spent an additional three convincing herself that she made the right choice for herself and her children. She understands the power a lie holds on an abused woman, the fear, humiliation, confusion, and loneliness. Thankfully with time, she eventually understood that she made the right choice. Being able to fact-check the lies she was telling herself helped her break her attachment to her toxic relationship. Today she shares with us the lies we tell ourselves that hinder us from living an extraordinary life.

Lie #1: Marriage is an achievement – Marriage has been an essential aspect of all societies since the beginning of time. It transcends language and cultures. For centuries, marriages have been a tactic to unite countries and business dynasties. It was only after 1969 that divorces started to be granted after a separation period of two years before divorces were only granted if adultery or insanity could be proven. In 2020, divorce is still a stigma. For Monica, it wasn’t any different. Monica’s mother used to say to her, ‘a wise woman will build a house with her hands, and a stupid woman will destroy her house with her own hands.’ It just goes to show the significant pressure many cultures put on women about marriage. Is marrying an abusive man worth losing your identity, worth, and peace to please your family or society. Ask yourself, who is lying to whom?

Lie #2: Staying for the sake of the children – Mother’s, do you remember the first time your child repeated a curse word? Or when they were your shadow and wanted to do everything that you were doing? Psychologists call that social learning behavior or social cognitive theory basically means that we mimic what others do. When children are in a home where domestic abuse is prevalent, not only can the consequences be disastrous. It may become a generational trauma as well. After twelve years, Monica’s children began showing changes in their behavior by displaying acts of anger and frustration. They began having issues making friends. They started losing confidence, among other issues. She stated, “Initially, I related some of my children’s behavior to genes, only to realize I was mistaken. They were displaying the behaviors they learned from us, the parents.” Shortly afterward, she chose the safety and well-being of her children and left her toxic relationship.

Lie #3: He will change – Comedian Chris Rock once said, “When you meet somebody for the first time, you’re not meeting them, you’re meeting their representative.” He even says that it takes up to six months to eventually see who they really are. The victim in an abusive relationship consciously and subconsciously allows, accepts, and ignores the red flags for many reasons. We accept the love we think we deserve. Therefore, when we lack and crave love, we become prey to those who have abusive tendencies. Love is a powerful emotion. In an abusive relationship, the party that changes the most is the victim, not the abuser. They lose themselves to please the abuser. Some women might say he didn’t mean to do it, they were the cause of their abuser’s anger, fear for their safety, and sometimes because they simply and honestly love them. “There are a lot of lies that I held onto simply because I was afraid to be alone. I was not ready to face the unknown, and I became comfortable in an uncomfortable and toxic relationship,” said Monica. The truth is, no one, including ourselves, will change unless they want to. That’s why action matters more than words.

Monica was born and raised in Harare, Zimbabwe, and migrated to the United Kingdom in 2002. She is currently attending the University of Bradford for a degree in Public Health Wellbeing and Social Care. Being herself a survivor, she volunteers her time by raising awareness of domestic violence. In August of this year, she founded TaRuTa CIC. This organization supports and houses women and children by providing them with support, empower, and restore lives that have been shaken due to domestic abuse. You can connect with Monica via her LinkedIn page or through her organization’s Facebook page.

If you or a loved one is a victim of domestic abuse, YOU ARE NOT ALONE.

Talk to someone NOW!

Please know that you have a community of women supporting you, and we’re here for you. Should you need assistance, please reach out to the links above. 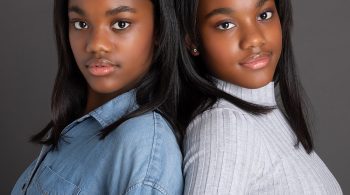 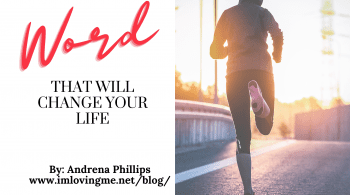 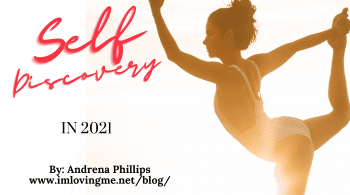 Tips to Remember Your Worth Through the Hard Times

Tips to Remember Your Worth Through the Hard Times